You are here: Home / Gold Coins / Getting Started With Coin Collecting 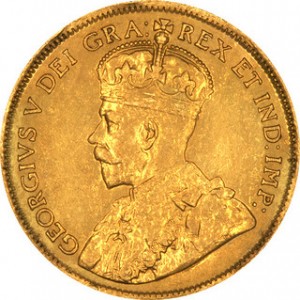 Hi! I’m here to talk to you about my coin collection and how you can get started in collecting coins. First off, why do some people collect coins? Some people do it because they think they’re really neat, they have really cool pictures, they come from different countries, and they’re just kind of cool to look at.

Other people do it for investment purposes; they like to collect coins, for example the NGC certified 5-dollar coin is 1/10 ounce gold coin that people find a great investment because:

a) it is gold and

b) gold tends to go up in value. So there’s all kinds of reasons why people would collect coins.

Getting Started With Coin Collecting:

So before you start collecting coins you probably need a few things to hold them in, to keep them safe and to prevent them from getting scratched or getting damaged. I would recommend for the early starter to get these cardboard holders. You can get them in different sizes so you can get it for dimes, nickels, pennies, quarters and dollars as well; they come in different sizes and they’ll help protect your coins pretty well from having damage. For the more serious collector, they tend to use these plastic holders which are air-tight and certainly no damage would come to your coin, especially for older coins or more worn out coins, so those are good to use.


What Type Of Coin Should You Collect?

So what kind of collectable coins should you start collecting? If you’re a beginner collector or you’re a parent and you want to encourage your child to start collecting coins, certainly parents do pass along their coins, their grandparents pass along their coins to their grandchildren and that’s a good way to start a collection. Or you can go to your government; they issue coins. The UK, USA and the Canadian mint all issue coins; you can purchase them at the post office as well.

Personally, I enjoy coin collecting as I find each one tells its own story, especially some of the older coins. As an example, the 1868 Shield nickel is one of my favorite coins because it’s just really neat to look at and I just imagine who held it in those days; whether a cowboy held it or a gunslinger or some famous government official held it, they are pretty neat. And that is a basic introduction to coin collecting.

Towermint are minters of collectable coins and have been trading for over 16 years.